A streetcar drive through the German city of Leipzig (Saxony) in 1930 or 1931, stabilized, speed-corrected and colourized by AI (Deoldify). Originally this streetcar dashcam film was produced to train streetcar drivers in the German city of Leipzig. The extraordinary point of this production is, that nobody wanted to show a particularly nice picture of the city. It’s done for other purposes. That’s why here we have a plain documentary of the time. Nothing ist sugarcoated – yet still it’s a most beautiful sight that we watch, in short: civilization of the early 20th century, like it didn’t survive anywhere in the world. The blue signs show the street that we are driving on, the black/white those of the crossing side roads.

Watch Later 06:53
Trying on my Vintage Nylon Stockings along with my ankle socks and Mary Janes …
339

Watch Later 13:30
We asked three unique and lovely centenarians what their most valuable life lessons were, …
25

Watch Later 13:30
This cabin has been a practice build to prepare for the construction of the …
22 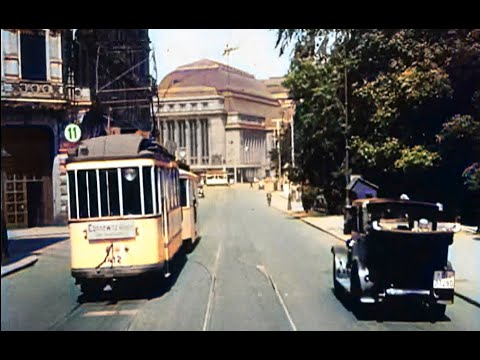